We have come to the close of another round! And some changes are in store.

1. Only teenagers who want to go to university will go. Previously, anybody who was the subject of that want would go, but not any more.

2. Teenagers will go to uni at four days to adult, not seven.

3. From this point on, my sim multiplier will no longer be based on businesses, because I am tired of them. Instead, we will gain a point per 5 households. We will recalculate at the start of the next round.

The Lee-Karimi family. This week, the Karimi family decided to move out. Both families need more room. There’s still a lot of love, and the cousins are more like siblings, but the physical room isn’t enough.

The Gaither family. The couple continued with their retirement, seeing their children regularly, and meeting their granddaughters. 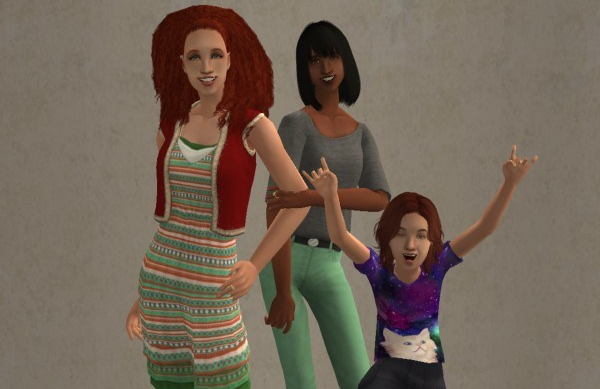 The McAuley family. Rebecka and Emmy got engaged, but Rebecka is much more interested in local romance sim, Kyoshi Jones. 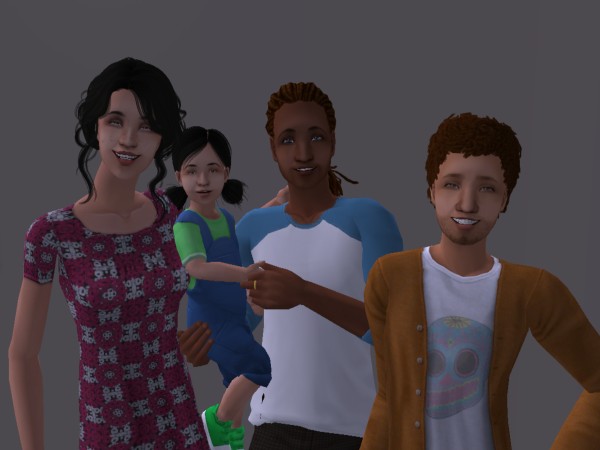 The Kane family. Juliet was born this round, and Maisie and Eli have discussed adding one more child to their family, but don’t have much time left before they age up.

The Akagi-Rasmussen family. Axel and Rosemary married, and Veronika aged up into a teenager with seethrough hair which was later fixed. Rosemary is currently pregnant with the couple’s first child.

Magdalena was born this round. Lilias aged up, and Rosalie officially got too old for another child. The couple will finish at ten children.

The triplets aged up, and Ivy, Opal, Pearl and Sage went to university! Mina aged up, meaning no more children for this large family.

The Kearney family. The couple continued with their empty nest, staying in touch with their children, who left for uni. 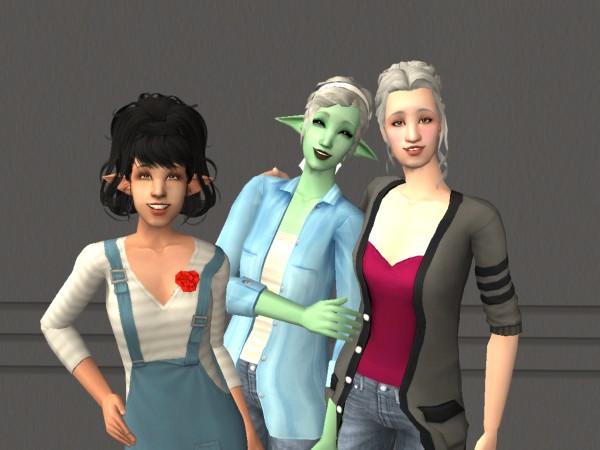 The Shibata family. Isabel, the youngest, isn’t quite ready for uni, but her sisters have all gone, and she is enjoying having some of her parents’ attention to herself.

The Savatier family. The family recently suffered the loss of Alice’s mother, Shelby. Amelie grew up into a pretty little girl.

The Nanale family recently lost Poppy’s mother, Kelly. Poppy aged to an elder, and Rory into a teenager. 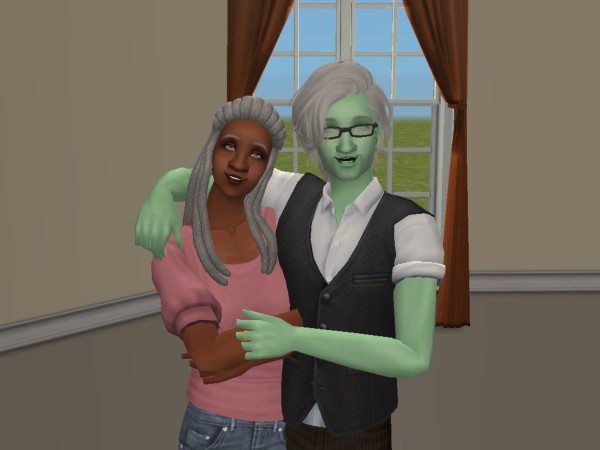 The Lee family. The couple recently sent their youngest child to university, and have plans to get more involved with their grandchildren’s lives. 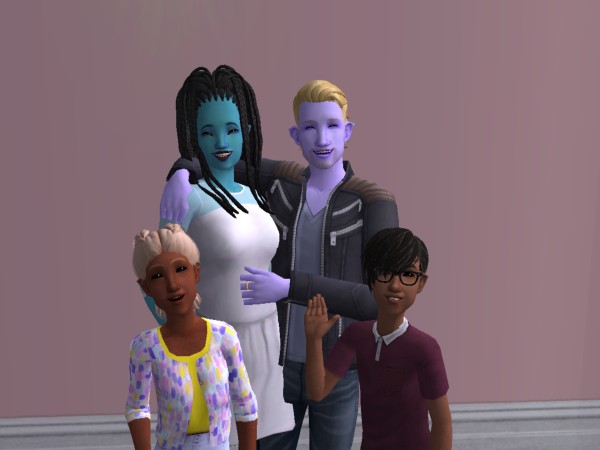 The McKinley family. Kelilah and Asher added Sarai to their family, and are currently awaiting the arrival of their third child. Elisha and Sarai are both super cute, too.

The Bellamy family. Roman and Kester grew up, and Sadie aged into a pretty elder. Sam is hot on her heels, though.

The Qadir family. The family grew up a little. Ruqayyah and Ira are very happy with their two girls, and have no plans to expand their family any further.

The Van Herten family. The family welcomed little Edith, and the couple are now focussed on balancing careers, and their children. 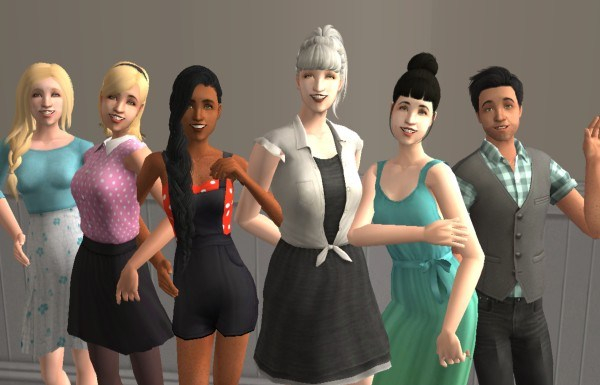 The Dallas family. The family recently lost their patriarch, Forest. Aimee (not pictured), Charlotte and Joshua all went to university, and Emily faced her twilight years as a single woman.

The Masters family. Libby and Angela decided to close their home to new adoptions. They are extremely proud of being able to send so many of their children on to higher education. Brittany, Nawwaf, Lainey, Jasmyn and Jeannie have already gone. Dagmar also joined them. 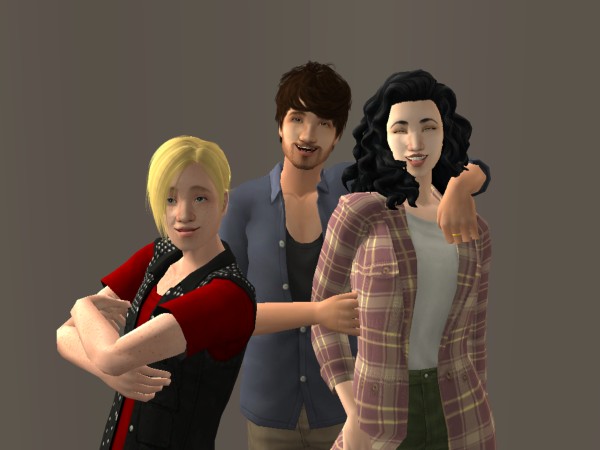 The McKinley family. The twins, Tessa and Felix, went to university this round. Louisa and Jack have tried for another child, but their age is making it look unlikely.

The Ramirez family. Alicia was born last round, after Phoebe saved Mateo from death, after he caught fire a bit. Eliseo, the couple’s oldest son, went to university. 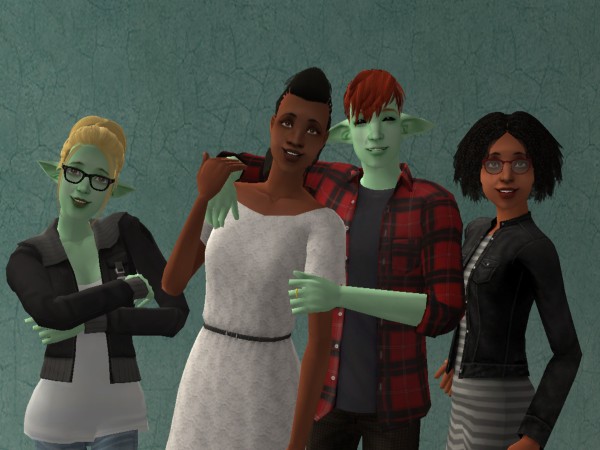 The Parrish family. Bethany, and older brother Casey, both went to university this round. Lachlan is staring down the barrel of elderhood, and Mercy became a teenager.

The Corrigan family. Last round, Amity and Theo bought a house together, got married, and had Dorothy. Amity is also pregnant with the couple’s second child.

The Riley-Kearney family. Both Ruby and Kitty got pregnant this round. Kitty and Levi quickly fell in love and married after their accidental pregnancy, whereas Ruby is on shaky grounds with the father of her child, Cillian McKinley.

The Gaither-Jones family. Last round, both girls were born. Heather was born to both parents, but Hana is Kyoshi’s star baby. Kyoshi is too busy romancing the neighbourhood, so Daisy parents both girls.

The Lee family. Both girls were born last round, and Kim died for some reason? Luckily, Ben’s little brother was living with them at the time, and saved her from death.

The Lee-Tang family. Holly and Morgan started seeing each other whilst Morgan was living with his older brother and his family. The couple quickly fell in love, and are expecting their first child.

The Landry family. Last round, Celeste and Kennedy had Aubrey, conceived a second child, and got married (in that order). Here’s hoping the next child looks a little more like Celeste!

The graduates all moved in together, while they figured out their new lives. And nobody could keep it in their pants. Katrien was abducted, and is pregnant, but we don’t know if the father is one of her earthly lovers, or an alien. Christy was the only one to focus on a career. 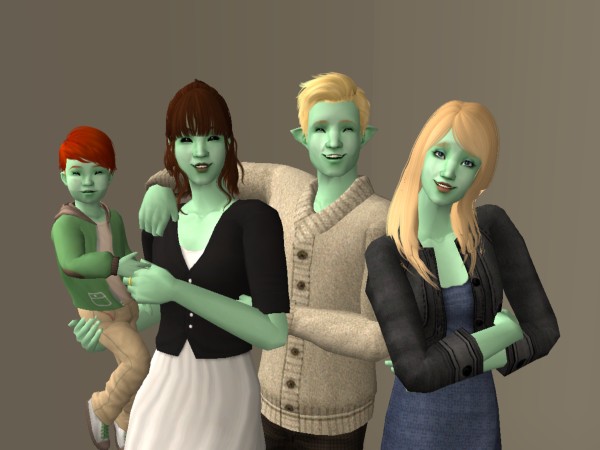 The Akagi family. Caoimhe and Soren had a whirlwind romance in uni, and settled in together. They quickly got married and had their first child. They are currently expecting their second. Sunniva fell hard for Joshua Dallas, and had a little girl, Mae, with him (not pictured).

The Jitmakusol family. Holly moved into a little house to wait for issues with her parents estate to clear. Whilst there, she reconnected with Joshua Dallas, and had a son with him, Dylan. The two have agreed not to see each other any more.

The Slaughter family. Mary reconnected with her father by scaring a local townie to death. She also decided to experience motherhood, and picked Ridley Gaither as her donor. She is very much enjoying being a mother, and has set her sights on her next father to be.

Join Range Valley for next round!