Welcome back to Range Valley, population 7,050!

Poppy and Ash are still very much in love, and enjoy following each other around the house to hassle one another.

Rory certainly has a personality. He still hates Cora Jitmakusol, the burglar, with an absolute passion. He also isn’t too impressed with Mercy Parrish. 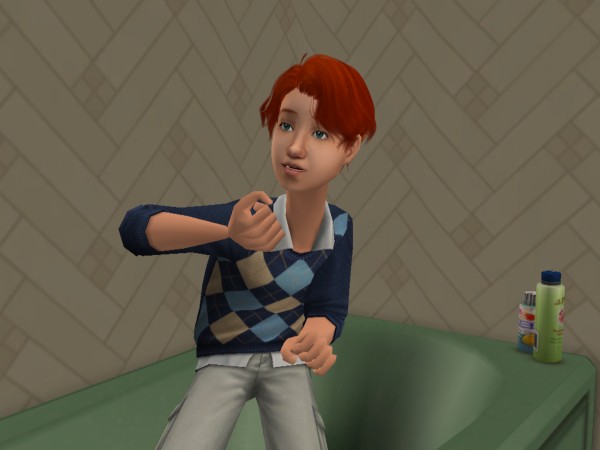 But today is his birthday! And he is pretending to be a pirate!

“I’m growing up today, and you’re a romance sim, so after my birthday, first kiss, please.”

He turned out pretty darn cute. He is a popularity sim with the LTW of writing ten bestsellers.

Anneliese Parmeley is a lot more receptive now that Rory is her own age.

And he gets his first kiss, as requested. With his grandmother staring in the background. Way to make it creepy, Kelly.

Before Anneliese is allowed to leave, she falls in love with Rory. He already fell in love with her a good five minutes previous. 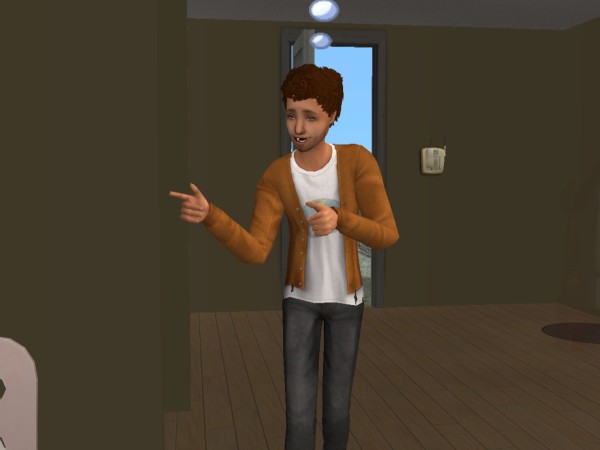 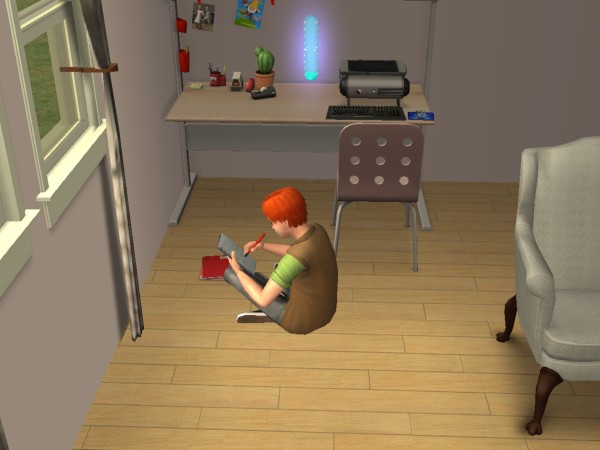 But Stellan has to go home, because Rory hasn’t been doing his homework, and his grades are slipping. I hadn’t realised that grades could drop that way! 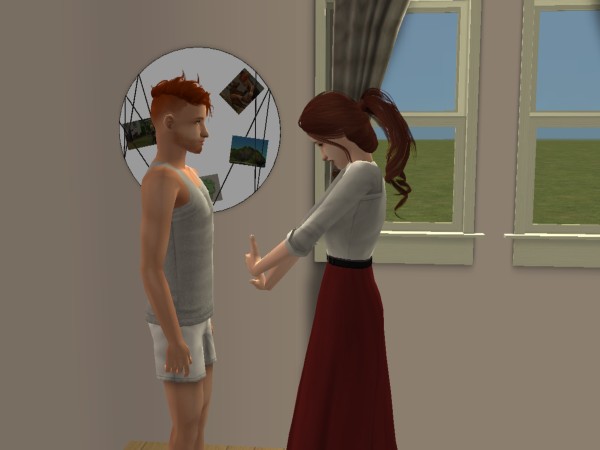 Poppy takes one last look at her youthful hands before her birthday. She’s quite a bit older than Ash. 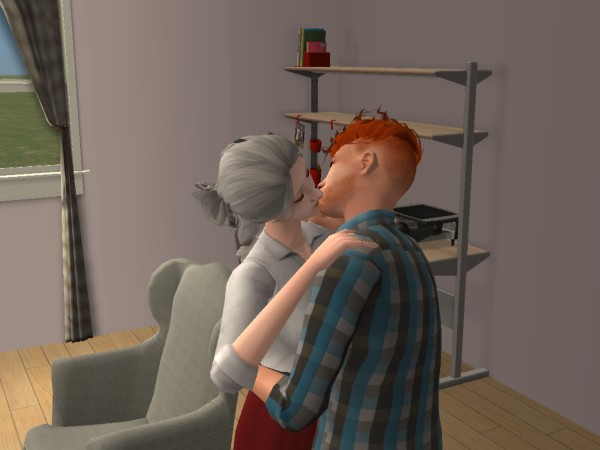 But Ash doesn’t mind that.

And the very next day, Kelly passes away. Mother and daughter were both elders at one point. I don’t think I’ve ever had that before. 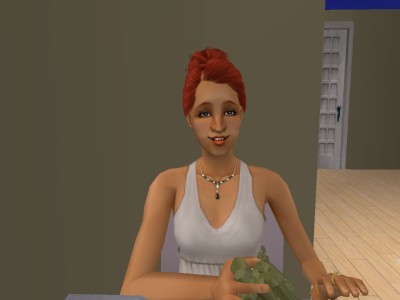 Kelly McKinley was originally Kelly Do. She was a miserable person who kept ruining my early businesses by throwing negative stars around like confetti. So she moved in, marrying David McKinley. She had two kids, Poppy and Jack, and six grandchildren, Cillian, Caoimhe and Rory from Poppy, Felix, Tessa and Liam from Jack. She was a Hall of Famer, and a pain in the ass the whole time. Bye, Kelly. 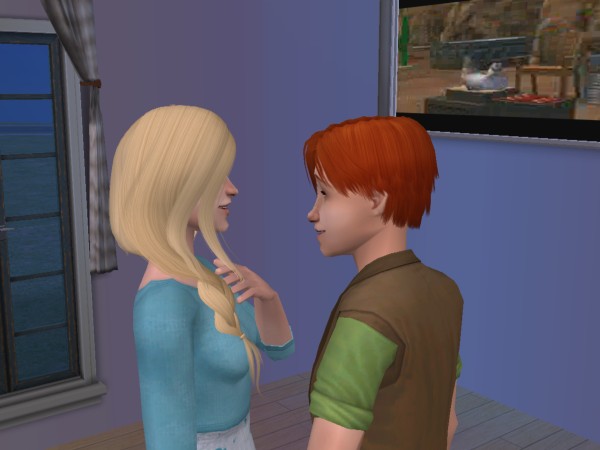 Still, life goes on, and Rory makes the moves on Charlotte Dallas, who walked past, and is his type. 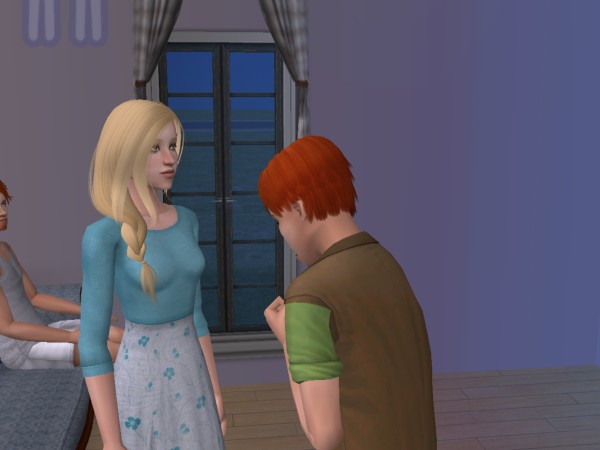 However, he just keeps crying, so not an awful lot happens with him and Charlotte.

And we leave the Nanale family there, just a bit older and smaller than before.