Welcome back to Range Valley, population 3,560!

It’s a short one, this time. With two elderly people and a teenager, there’s not a great deal going on. 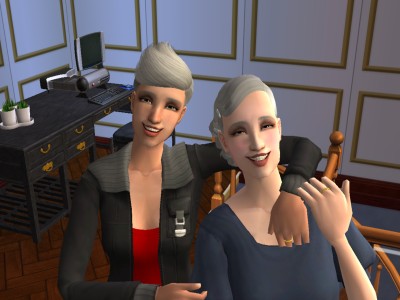 I make an attempt at using poseboxes. This turned out cute, but they are fiddly, and my fine motor skills are poor. I quickly decide that I am too disabled to make cute family portraits (curse these terrible genetics).

Asher practises his speech for his mother. He wants to go to university, to follow his girlfriend, Kelilah. Aurora thinks it’s a waste of time and money, since he wants to be a chef, not a scientist.

The McKinleys also head down to Embedded, and make a little extra cash. As you can see, we finally get a best of the best award. 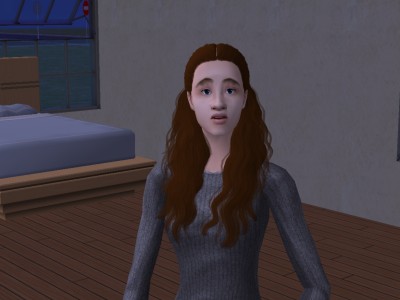 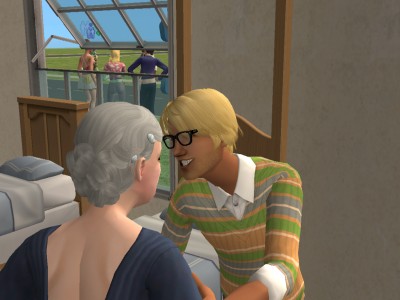 Kate manages to sell a ton of single beds to Mateo Ramirez. He and his wife, Phoebe have just had their first child, Eliseo, and are planning on a whole ton more.

At the dinner table, Asher puts his speech into action. He wants to go, they can easily afford to send him, he can make contacts, and he loves Kelilah. And at the end of it, he is going, whether or not Aurora supports him. Grudgingly, Aurora gives her consent.

Asher does a little dance on his way to the phone, booking his place at RVU.

Life for Aurora and Kate is much quieter than it has been in a while. It’s been a long time since it was just the two of them, and if they’re honest, they’re loving every second of it.

The couple fall into a pattern of painting, dancing, and affairs. The golden years are being very kind to Mrs and Mrs McKinley.