Welcome back to Range Valley, population 3,120.

At the end of the last round, the Kanes had a bit of a move around. Miriam and Nolan continue to live in the old family home, but their daughter, Mina Zeelan, her husband, Karsten, and their daughters, Ivy and Opal, have moved into their own place. Eli has just graduated from RVU, and has moved back in with his parents.

Eli quickly invites his fiancee over – Maisie Bellamy arrives, but her outfit leaves a lot to be desired. 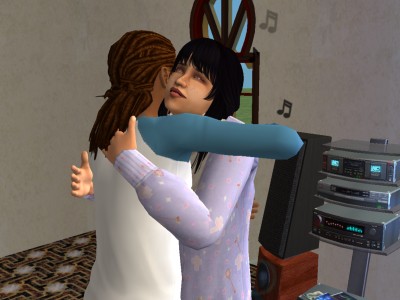 Maisie agrees to move in, of course. Eli’s parents are pretty old, so the plan is to live with them until they pass, and then move into a new house, as this one is a bit… Maxis made, so rubbish. 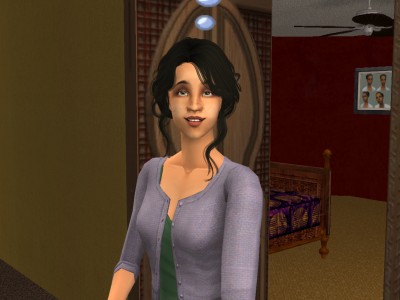 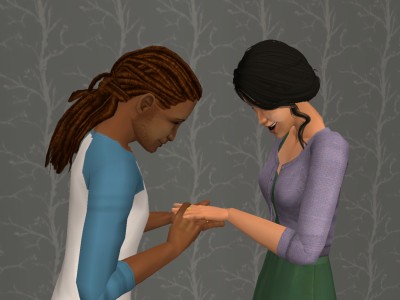 Then, the skilling begins. Eli wants to be The Law, and so needs to bump his Charisma up.

Maisie wants 6 grandchildren, so I put her into the Show Business career, just because nobody else is in it.

Miriam retires. She is due to pass very soon, and I want her to enjoy at least a little bit of retirement first.

Miriam and Maisie get on really well. They were best friends anyway, and spend a lot of time hanging out or dancing together.

I love graduates. Eli comes home with his last promotion, and is now perma-plat.

And Maisie is doing pretty well, too!

“But don’t forget a family, okay? I need more grandchildren to be friends with.” 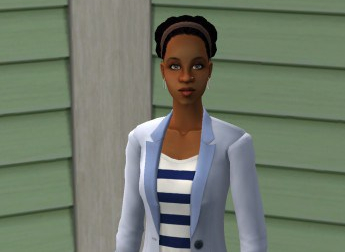 Miriam Kane was the second CAS sim to arrive in Range Valley. She was a fortune sim with a LTW of earning $100,000. The Kanes were the first millionaires of Range Valley, and were the founders of the Kane Institute of Social Sciences. Miriam leaves behind a husband, Nolan, three children, Zoya, Mina and Eli, and five grandchildren, Benjamin, Morgan, Audrey, Ivy and Opal.

But life has an odd way of carrying on, and Maisie discovers she is pregnant.

I really like these two. They are super cute, and I can’t wait to see what their baby looks like.

And we conclude with Nolan playing the guitar to ease his heart. Miriam will be moved to the cemetery next round.