Welcome back to Range Valley, population 2,720. 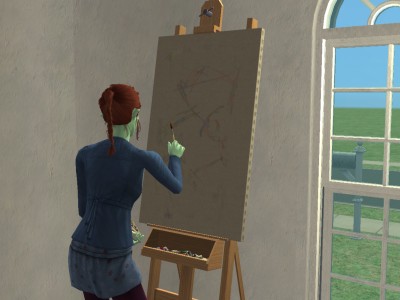 Phoebe, Phoebe, Phoebe. I feel like we have a lot in common. University wasn’t that great for either of us. We don’t really know what we’re doing in life. Our clothes aren’t great.

Anyway. I’m not inviting over Phoebe’s fling from Uni, because he denied her a first kiss, like, three times, so he’s an ass.

Instead, Phoebe gets a job in Politics. She wants to earn $100,000, and nobody is in Politics right now.

You can just see the haze of red indicating that Phoebe was demoted. Phoebe just makes me so sad, sometimes. She’s so unlucky.

But she has made one friend. Matteo Ramirez is part of my Townie Repopulation, and is pretty darn cute. Phoebe certainly thinks so. They’ve got chemistry! 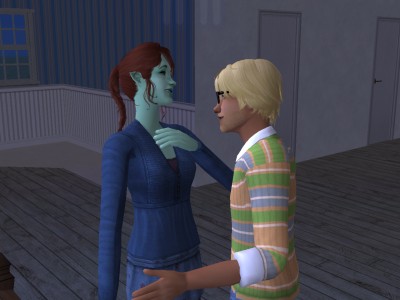 To my eternal surprise, Matteo makes the first move. And I thought Phoebe was going to die an old maid.

“Seriously? I’m less than a week into adulthood.”

That is true, but her heavily pregnant sister walks by on the regular, and that’s a pretty hefty reminder that Phoebe needs to hurry up. I like the Parmeleys. 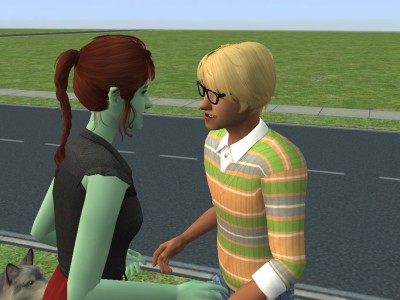 Anyway. Phoebe gets a change of clothing, and invites Matteo over again.

The pair work very well. I want this.

After work, Phoebe invites Matteo to move in.

The couple fall in love.

And I realise that Phoebe’s hair changes when she’s not in her Everyday wear.

Meet Matteo Ramirez. He is a Fortune sim with the LTW of being the Hand of Poseidon. Which means he needs to catch a whole bunch of fish first. 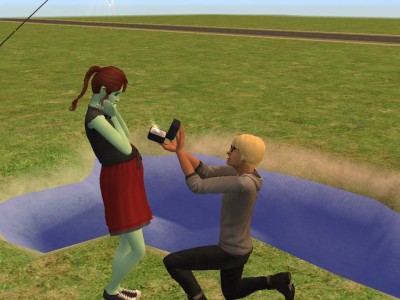 Matteo proposes by the pond. 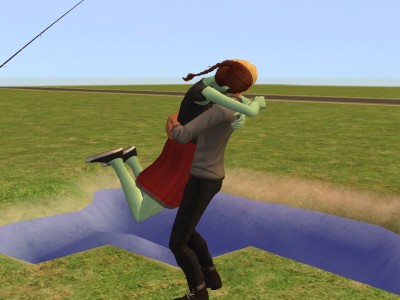 Meet Mr and Mrs Ramirez. I’m thankful that Phoebe has found some happiness.

She looks massive! She’s about ready to pop.

Oh my gosh! Phoebe and Matteo’s little boy is only quarter alien, but he has the skin tone! This little guy is named Eliseo.

Matteo and Phoebe head down to Stars and Bars and make a hefty chunk of cash. Matteo gets his bronze cashier’s badge. 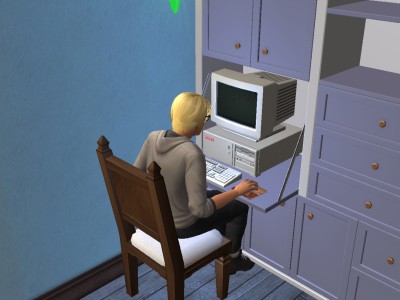 Matteo also earns his gold Fishing badge, and lands a spot in the Oceanography career. He is much, much luckier than Phoebe.

And we end with Matteo serenading Phoebe. They are too cute.