Welcome back to Range Valley, population 81.

When last we left the Lee family, Amaya had just given birth to quads, and a little bit of my soul detached from my body and shot into the stratosphere. 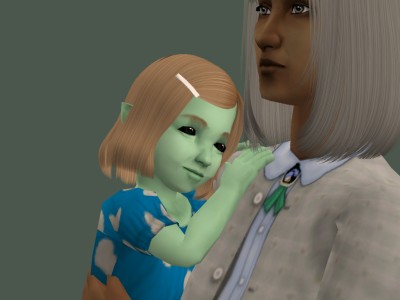 I caved and hired a nanny. Meet Lacey. 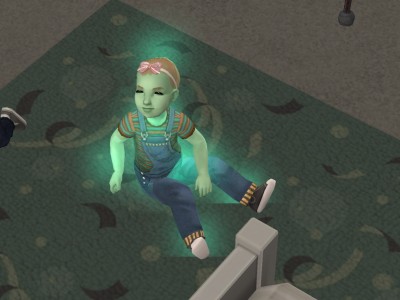 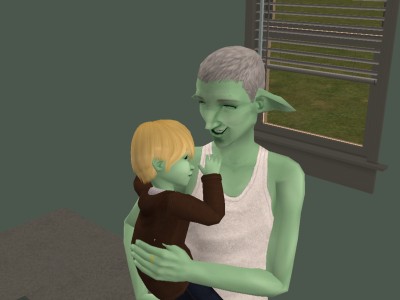 “You missed my birthday.”

You impregnated your wife with quadruplets.

Sneak peek of what the Lee household was like CONSTANTLY.

But they all made it! This is Lacey, who looks a bit like Linnea did at that age, I think? 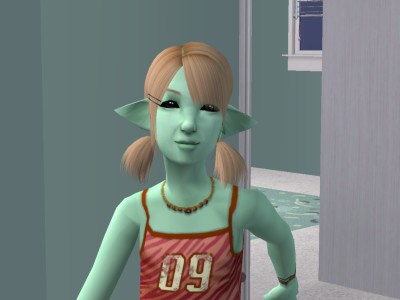 Libby, who is basically her dad with her mum’s nose.

Lachlan, who is the only other redhead. I still can’t believe that only two out of ten kids got the red hair.

And Luca, who is basically his mother, with his dad’s colouring.

I also realised that I am terrible at dressing my sims, and had forgotten that Lilias was already wearing the shorts and braces combo. Oh well. Enjoy the outfits, ladies!

Lilias gets an A+ at school!

“Yeah! I hide in the library so I don’t have to go home! There are so many of us that nobody notices!”

The birthday train continues, and Amaya gets old. At least she is surrounded by her children. 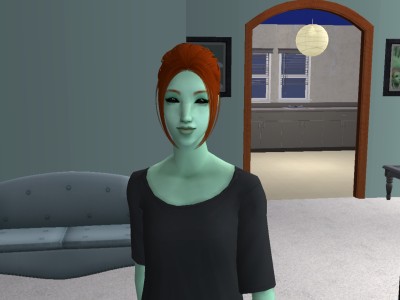 And Liora is very cute! She is now an adult, and swaps out the braids for a single plait. 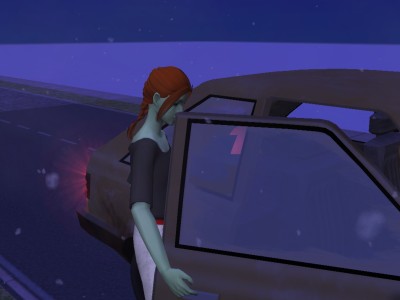 She is lucky enough to find a position in the Slacker career immediately, and heads out to her first day of work. 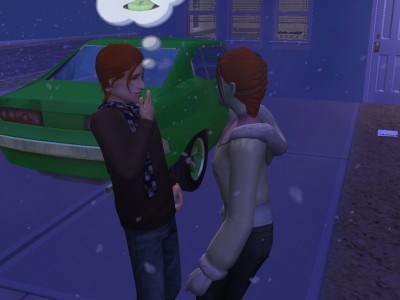 I also aged a couple of her boyfriends as well, so Liora gets to know them again.

I also send Liora to the family business to pump funds up a bit. And to meet new people.

Ah. Whoops. Liora and Kate McKinley get to know each other a bit better. I am not too keen on this, because of the age gap, but it’ll never be anything serious at least.

I kind of wish Liora had a romance based LTW and not a career one. But we can set up the romances for her next LTW, at least.

The other kids have their partners, as well. Laurel invites his girlfriend, Zoya Kane, over for more birthdays! 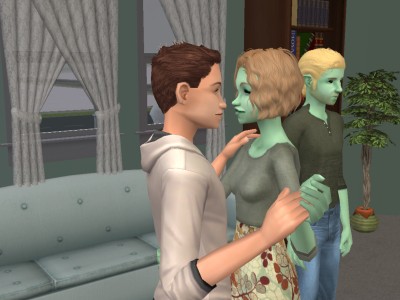 Oh, Linnea. Not your sister’s cast offs! Now that Liora is too old to continue things with Weldon here, Linnea snags him. Gross. 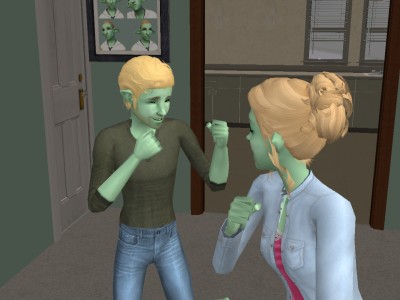 “I’m supposed to punch you!”

Leon ages up. He’s pretty cute, and his wants are quickly directed at Kendra, who grew up with him. 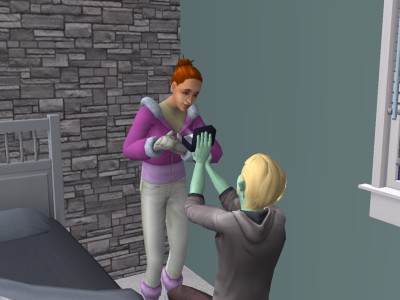 Leon asks Kendra on a date, and they both roll wants to get engaged. I am not the woman to stand in the way of true love, so I have him propose. Dean wants to marry off six children, so we might as well get started.

The birthday train moves on, and chugs into the next station! The twins grow up!

“Dad, you could have at least gotten dressed.”

“Your outfits are pretty bad too. Why should I make the effort?”

Leila and Linnea post makeover. They’re really cute! Leila is definitely the better looking of the pair, but Linnea has her charm.

One last birthday train for this update. Lilias grows into a teenager! 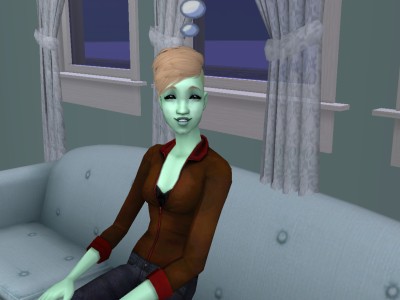 Wow! She is a cutie! Lilias is a family sim, with the LTW of having six grandchildren. Doable. She is also bisexual.

Admist all the chaos, Liora makes an interesting discovery.

“Looks like they’ve built a ton of new houses! We can actually move out!”

So, we say goodbye to Liora, and Leon, who will be moving out on their own, and to Leila and Linnea who decided to move out together. 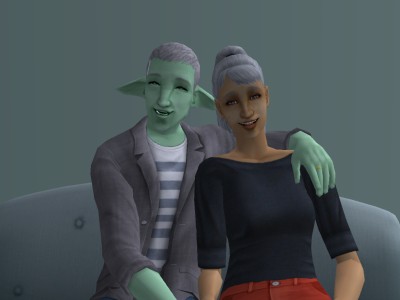 Even though four kids have moved out, there are still six living at home. Still, it is quieter than it has been in years, and the happy couple enjoy a cuddle on the couch.

And we end with one more picture of Liora, because she is beautiful.