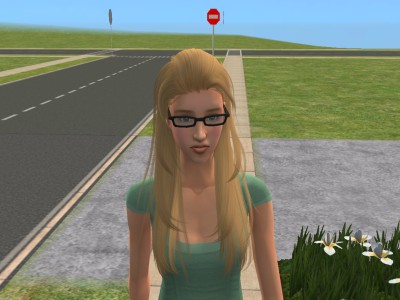 The McKinleys are our new move ins! This is Kate, a Romance sim who wants to become a Professional Party Guest. Nice and easy for our first romance sim!

And Kate’s father, David, a family sim who wants six grandchildren. Which seems unlikely with Kate as his only child.

The McKinleys head out to meet their neighbours, and David meets local troublemaker, Kelly Do. Kelly’s hobbies include dragging down the local business ratings, and being a massive pain in the ass. 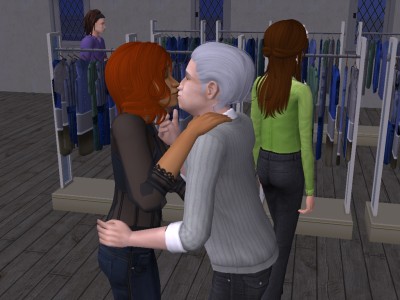 But David is enamoured with her, and ACR smooshes their faces together. 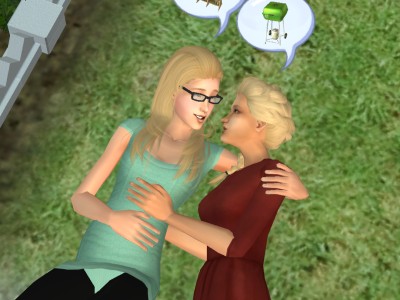 Kate meets Aurora, and the two daydream about one day going to a barbecue.

“Will there be burgers?”

“All the burgers you can each, Aurora!”

Kate finds a position in the slacker career, and snaps it up immediately. 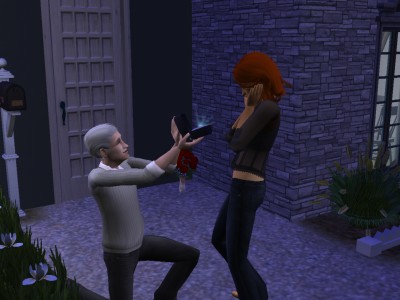 Meanwhile, David gets down on one knee, and pops the question to his beloved Kelly.

Kelly is yet another friggin’ fortune sim, this time with the LTW to become a Hall of Famer.

After a makeover, Kelly is striking, but still a massive bitch. 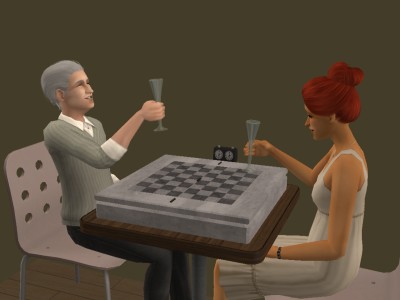 Everybody loves the chess set for some reason, and David and Kelly toast to their upcoming nuptuals.

As Kate snags her first love, and promptly wants to find another. 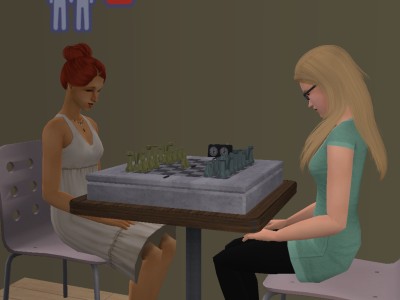 Kate and her step mother to be do not get on very well. But then, nobody except for David likes Kelly. So there we are.

Kate spends the bulk of her time out of the house, doing anything but being around her family. She also discovers a love of fixing up cars.

After a few promotions, Kate sells her car, and buys another piece of junk to fix up.

And there are always more ladies to date. 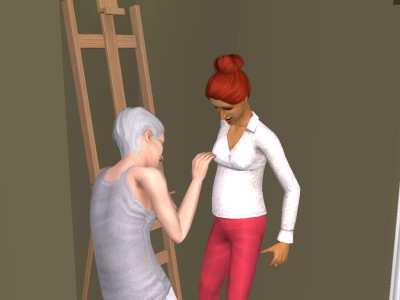 ACR! *shakes fist* Apparently, all first babies will be conceived out of wedlock. 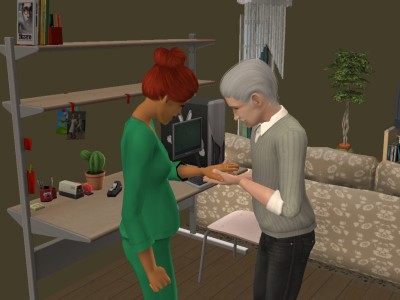 David swiftly puts a ring on it, and Kelly Do becomes Kelly McKinley.

“Congrats on the wedding, dad.”

At the moment, Kate isn’t much of a romance sim. The bulk of her wants are based around skilling, with the occasional want for a date or romance.

The newest McKinley is delivered!

Poppy McKinley makes another Range Valley oddity. Range Valley is full of romance sims and baby girls. So far, there have been two boys born, and six girls. 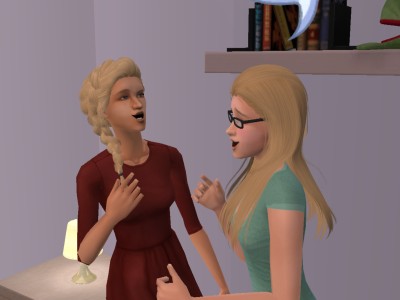 Kate asks Aurora over for another date. Kate constantly rolls wants to date Aurora, but has never let go of that fear of being engaged to her. 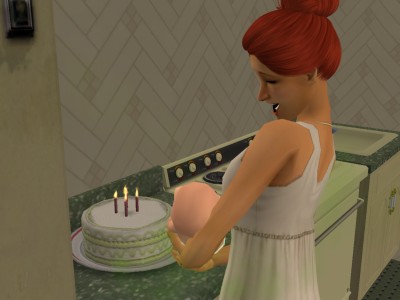 Time flies, and Poppy is growing up!

Another freckled baby, because freckles are so cute!

Kate finds that her things from her bedroom have been removed, and baby furniture put in it’s place.

“What the hell is this? Where’s my stuff?”

“Where was your sister supposed to sleep? On the floor in the living room? You’re so selfish! And you’re a grown woman, why are you still living with your dad?”

The argument made even Kelly feel sick to her stomach…

Meanwhile, Kate made a few last adjustments to her car, and thought about her little sister, and her family as a whole. The decision was made.